The Manipur Sarkari Naukri is no less than the golden opportunities given to the candidates from different educational backgrounds. If these opportunities also interests you than you have landed to right place for finding all the Government Jobs in Manipur.

With the schemes of employment the several jobs are released each year. On an average there are nearly 90000 vacancies released at state level and even as Central Govt Jobs in Manipur. You can receive these Latest Government Jobs of Manipur and even the Manipur Upcoming Jobs notifications through Chekrs easily.

The government job comes with several benefits that offer good pay scale and consistent growth opportunity. The portal gives you access to the Manipur Government Job 2018 which are updated daily to meet interest of several aspirants. 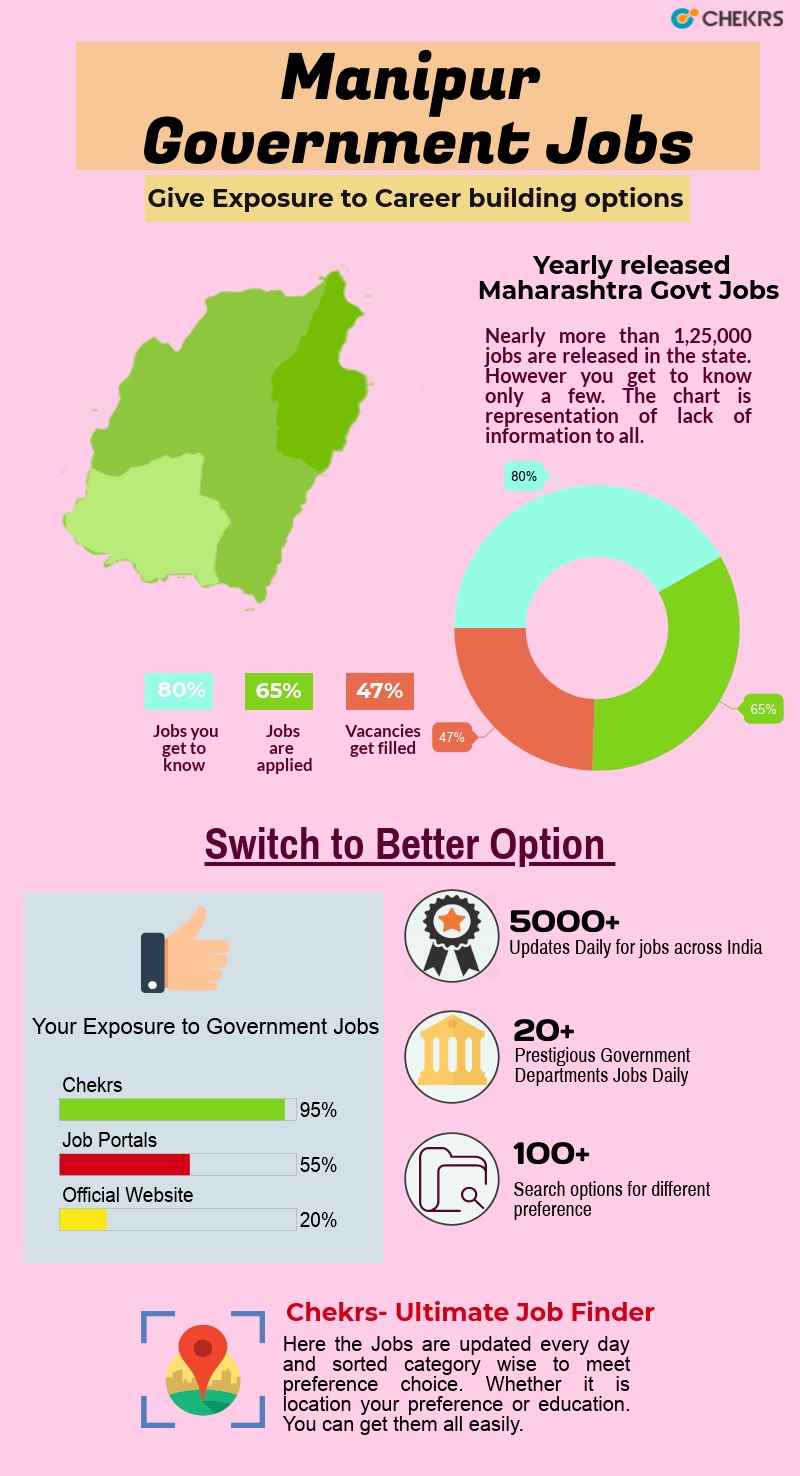 There are 70+ government running department in India for which the recruitments are released at regular intervals. Popularly you would know Manipur SSC Recruitment and even the Manipur PSC Exam 2018. However this is pool of resources and well updated information, hence all of Manipur State Government Jobs can be received with only legitimate detailed information.

Belonging from different education or for having different preferences the vacancies are given from different working institutions such as finance, bank, educations, railway, defence, armed forces and many more. You can get the poplar updates for:

These updates can be received by you through subscribing the services of jobs.chekrs.com

Why you should follow Chekrs for Manipur Govt Vacancy?

You can rely on the Chekrs as here you not only get the information for the announcement made for Govt Jobs in Manipur but the detailed assistance. Complete eligibility criteria, the pay scale, total vacancies, its selection procedure and the last date to apply for these posts are provided. Moreover for ensuring your selection, study material comprising of previous and model papers, syllabus is give. Exclusively you can avail the free online mock tests and quizzes for various posts.