Attention! All the Karnataka Government Jobs seekers are presented one solution portal for every search.

If your interest is to get the Latest Jobs In Karnataka Govt or want to know the Upcoming Jobs In Karnataka 2022, than this is just the right place for you. In a daily basis there are various vacancies released by the government institutions which are left unnoticed by the job searchers. Well, not any more whether a big or a small department, now you can know all Jobs in Karnataka for 12th Pass Govt as per your need. 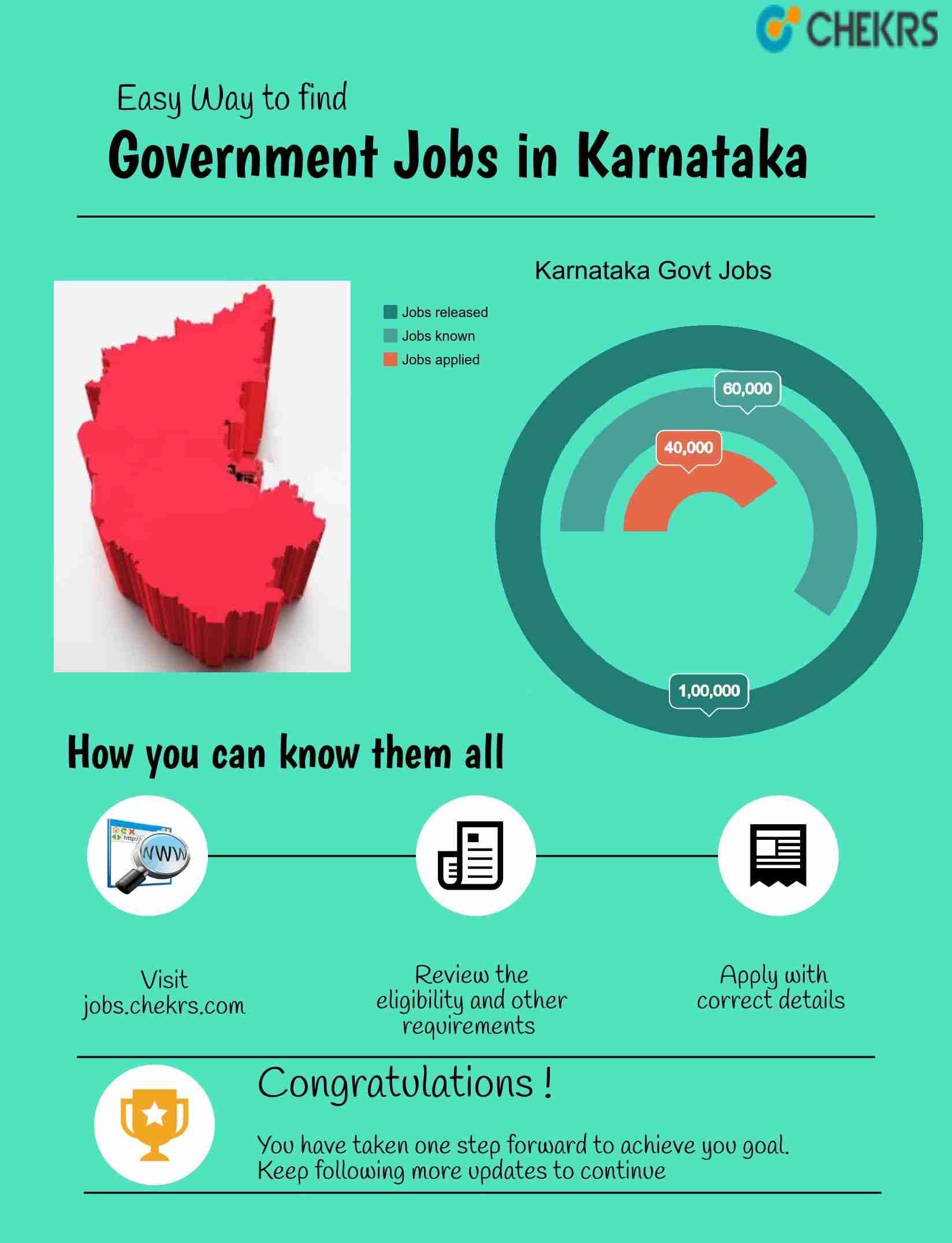 For the aspirants of Karnataka State Jobs, the need of correct and authentic information is very essential. We work to fulfill and come up to your expectations. Here you can get the complete resources which are helpful to get you the success. More than only the Jobs in Karnataka details, here you can get the updated and the official information for eligibility, its selection process, examination dates and the application submission support.

What is additional at Chekrs.com?

Passing the exams conducted for Govt Jobs In Karnataka is not really easy. But here you can get a little contribution for your success. Once you have applied as per your eligibility, you can check out its previous papers, model and sample papers and the test series at free of cost. You dot need to prepare for GK if you follow the current affairs updates for each day.