Having a job is the ultimate requirement for all but if it is a government job than more value is added to it. The students who have completed their schooling are advised not to miss the golden opportunities of Central Govt Jobs for 12th pass. Not only this, the school freshers might not know about various Government Jobs for 12th pass released every single day. All such SSC Job for 12 pass and PSC Jobs for 12th pass are updated and provided to all. 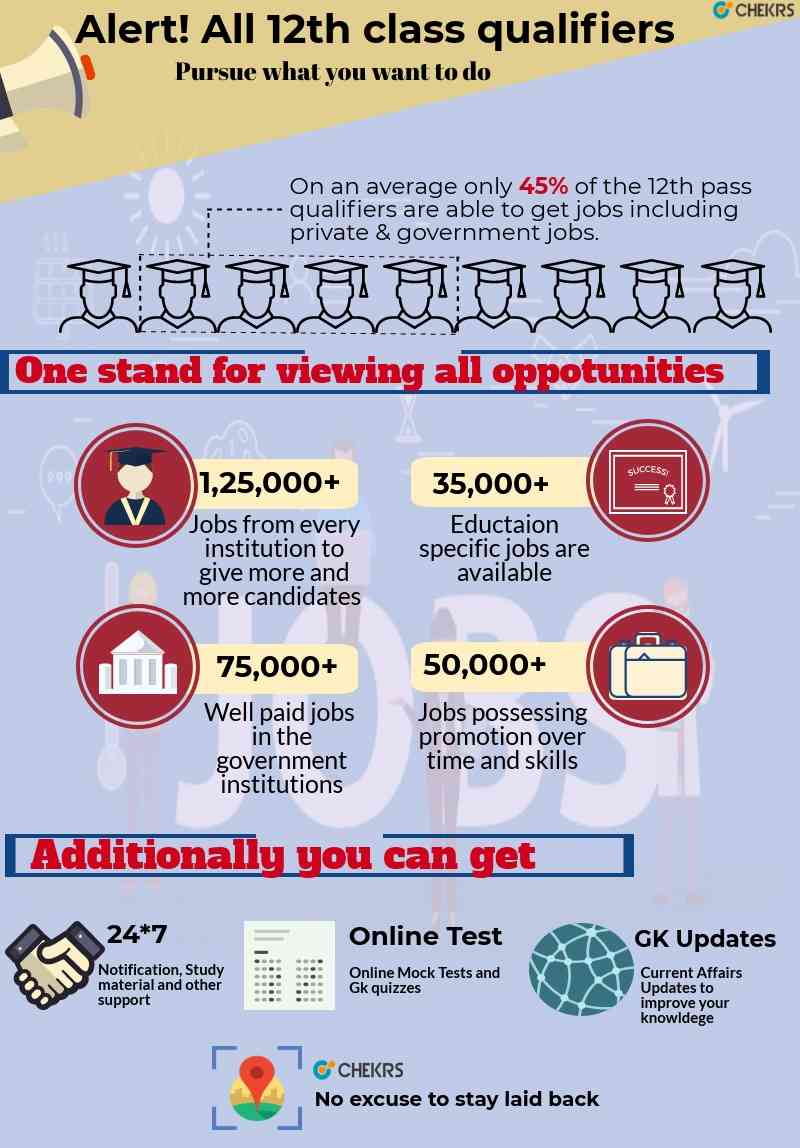 The team of Chekrs works to bring Latest Govt Jobs for 12th pass and increase the employment. Here we go through several organizations to find the 12th pass Govt Job in Rajasthan, Haryana, Punjab, Bihar, Jharkhand and all other states. The Jobs for 12th pass notifications are simplified with to the point information. Also, you can never miss any of the jobs by subscribing notifications from jobs.chekrs.com that are sent directly to your devices.

What else you can find here?

Apart from receiving the 12th pass Govt Job information you can also get help till your selection. You are provided the facility to get expert help for any of your query. Additional support for examination is also provided such as GK and Current Affairs, Syllabus for exams, preparation tips and the correct dates of 12th pass Recruitment exams.